At the age of Two, the Native American territory was sold off as part of the Oklahoma Land rush. Jim Thorpe Grew up in the midst of Two Very different cultures clashing

By the age of 8 Jim had run away from boarding school many times, just to have his father bring him back to the school 23 miles away. One time he found his twin brother Charlie had passed away from a pandemic.

After Charlie’s death, Hiram sent Jim to the Haskell Indian Institute. this was much farther away

But when Jim heard his father had fallen deathly ill, he walked the 280 miles home in just 2 weeks.

When Jim returned he found his father had recovered, but shortly after his mother Charlotte died from giving birth to her 11th child.

Hiram’s last words to his son “You are an Indian. I want you to show other races what an Indian can do.” then Hiram died 2 months later.

The Carlisle school was social experiment that took Native American children and tried to transform them into Modern Americans.

Once enrolled these kids were not allowed to leave for 5 years.

Hundreds died of disease, and thousands ran away. Out of the 10,000 that were enrolled, only 761 graduated

Through the schools Outing system, Jim was sent to live and work on a White Family’s farm so he could learn how to live as a white man.

He promptly ran away, but with no family to turn to, Jim returned in 1907 at the age of 20

At this time, Glen “Pop” Warner, the athletic Director at Carlisle notice Jim’s athletic ability at track practice. Where other students struggled to high jump over the 5’8″ bar, Jim Thorpe leaped over the pole with inches to spare. 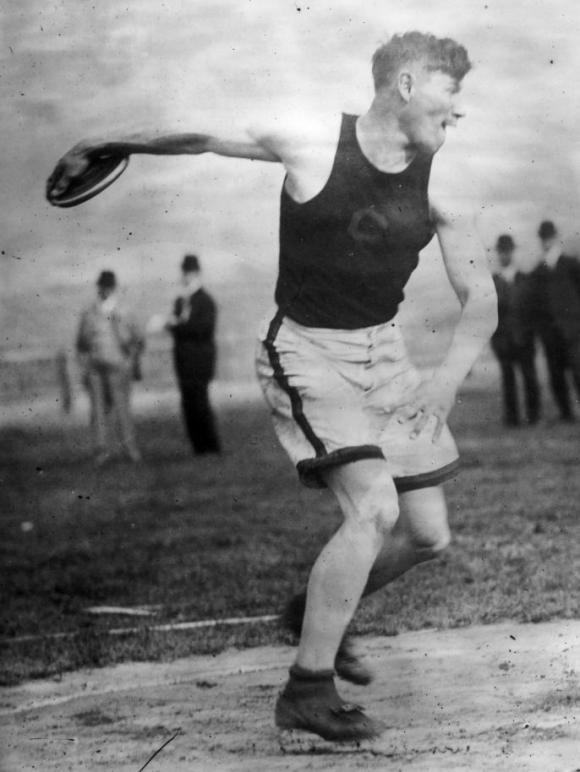 He quickly stood out as a track star. but Jim was known for being almost too good of a sport. His son Jack Thorpe explained that the many times his father would be far out ahead of his competitors he would stop short of the finish line as to not embarrass his opponent. He only wanted to win, not humiliate them.

Jim decided track wasn’t enough and found American Football more his speed. (keep in mind this was before pads or even leather skull caps)

Jim became accustomed to the perks of being a Jock at the Carlisle Indian School. He and his teammates got a separate kitchen with ample meat and potatoes, a billiard table, and their coach Glen Warner was known to break the rules by paying his players cash for each successful play.

1908 football season started with Jim scoring 5 touchdowns in the first game. His team went on to beat every college team in the east, except for Harvard who they lost to 17 to 0.

That summer Jim decided to play baseball for the rag tag North Carolina League. He did this to make some extra money, but playing for any amount of Money got you banned from playing in any college team. 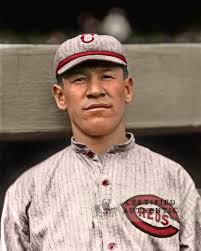 It is important to note the NC League was hardly professional. Rules were bent or flat out broken by tampering with equipment to gain advantages, players frequently switched sides to get more money, and by the end of that season, 3 different teams claimed they were the champs. The league president quit stating it was a laughing stock.

Jim Played baseball for 2 seasons. During those years of 1909 and 1910, Jim didn’t return to Carlisle as he knew he wouldn’t be accepted since he played for $

However, Glen Warner’s team was suffering massive losses without their star player and promised Jim he would turn a blind eye to his baseball days if he would return

In 1911 Football season started off with blow out after blowout. Jim Thorpe was back in Carlisle and made sure the Eastern Division knew about it. The Pittsburgh Dispatch wrote how Thorpe would punt the ball down the field then run fast enough to pick up the ball himself. They wrote he was a “Host in himself. He appeared to be impervious to injury.”

When it came time for the Harvard game, this time Carlisle won 18 to 15. Jim, as the half back and kicker scored every point. 1 touch down and rest by field goal

June 1912, Jim and a fellow teammate qualified for the US Olympics in Stockholm, Sweden 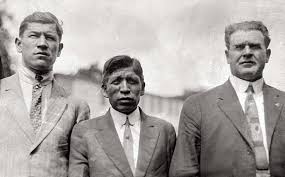 This time in Olympics, only Amateurs could compete.

The London Amateur Athletic Club defined an Amateur as a Gentleman forbidden to work as a mechanic, artisan, or laborer since the average workman has no idea of sport for its own sake. Their idea of the only people allowed in the Olympics were white men who did not need to work for a living.

However, the USA did not share the same definition. They defined Amateur as anyone who did not receive pay for playing. USA included an African American to run track, Hawaiian Pacific Islander on the swim team, and a working NYC Cop =throwing shot put. Not to mention our boy Jim Thorpe and his fellow native American Teammate Tewanima

Jim entered in to the Pentathlon, based on the ancient Greek Event. It  consisted of 5 different events with the winner being determined by an overall score

Jim also entered in the Decathlon which included all the events of the Pentathlon, plus 5 more:

Out of the first 9 events, Jim came first in only 2. But he still had a shot at Gold if he won the final event… the 1500 meter run

Comedy Central’s show Drunk History shined a light on the legendary story of Jim Thorpe at the 1912 Olympics.

Another member of the American Team that year by the name Avery Brundage was pegged to be USA’s big winner.

After the first day of the Decathlon (5 of the 10 total events), it was clear Brundage was being overshadowed by Thorpe

The next day in the locker room Thorpe’s professional grade track shoes had gone missing. (many blaimed Brundage).

But Thorpe didn’t seem to mind. He picked two random leather shoes out of the trash.

One of the shoes was too big for Thorpe so he simply put on a 2nd sock to even things out… How did Thorpe do that day, especially in the final even the 1500 meter run?

Beating his own time and the world record by 4 seconds, Jim came in 1st with 4 minutes 40.1 seconds 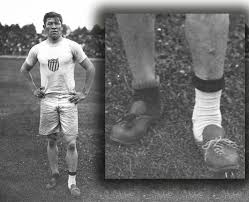 When presenting the awards, Sweden’s King Gustaf said “Sir, you are the greatest athlete in the world.” In reply Jim said “thanks King.”

Jim’s return to the USA consisted a ticker tape parade in NYC and scientists taking 46 measurements of his body in an attempt to catalog the perfect human form.

Despite all the professional sport opportunities, Jim went back to Carlisle to play 1 more year at Glen Warner’s request.

That year, 1912, the Carlisle was pitted against the US Military’s football team at West Point. These were the sons and grandsons of the men who fought the Native Americans.

One of the Cadets was Dwight D Eisenhower, future Supreme Allied commander in WW2 and President of the USA

The New York Times wrote “West Point’s much talked of defense was like tissue paper before the Indians. Thorpe simply ran wild. It was like trying to catch a shadow.”

1913 a newspaper revealed Jim Thorpe had played Baseball for money in NC. This disqualified him from his Olympic medals.

Despite his loyalty to Glen “Pop” Warner and the Carlisle Indian Institute, Jim was coerced in to signing a pre-written confession so Jim could take the fall all on his own.

However, having his amateur title taken away, there was nothing keeping Thorpe from playing in Professional Sports.

He promptly signed a 3 year long $6,000 a year contract with the NY Giants 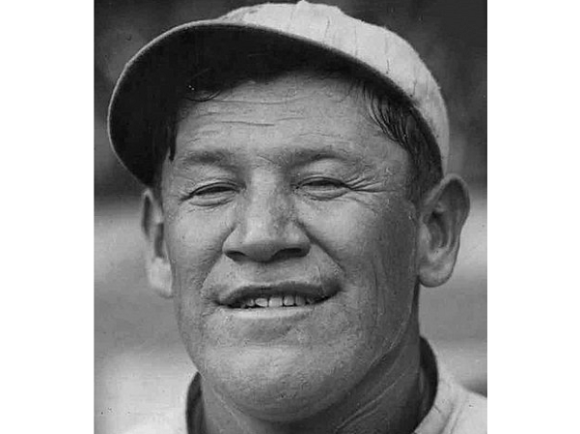 Despite his athletic ability, Jim Thorpe, as a Native American, was treated as second class citizen and teammate.

When the Giant’s manager called Thorpe a “Dumb Indian” for missing a signal, Jim snapped. He picked the manager up and shook him like a rag doll. That was the end of Thorpe’s career with the Giants.

Jim married, bought a house, and had his first son. Despite his father being known as the town jerk, Jim was known as gentle and loving father/ family man. 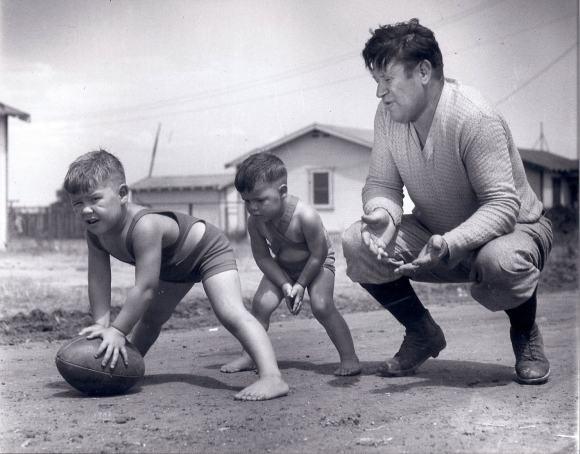 It caused Jim to hit the bottle hard and after 9 years of marriage, his wife Iva asked for divorce. Jim went on to marry 2 more times in his life and father 8 children in total.

By now Jim was 36 years old playing Pro Baseball in Spring and Summer, then Football in the Fall

Jim also played as star player of the Canton Bulldogs out of Ohio.

In 1929 at the age of 41, Jim Thorpe played his last Pro Football game and in October of the same year, the Great Depression hit

Like Millions of his fellow American’s Jim had trouble finding work, he was spotted refereeing for a dance in NYC

He received awards and gave speeches all across America. One speech showed his respect for his roots: ” I have never forgotten I am an Indian. No Indian can forget it. We settled this country long before the white people ever came to these shores. But red men are wards of the Government. The Indian should be permitted to shed his inferiority complex and live like a normal American Citizen.”

In 1982 the international Olympic committee restored his gold medals.

Some regard him as “Jim Thorpe, World’s Greatest Athlete”… the name of his biography. 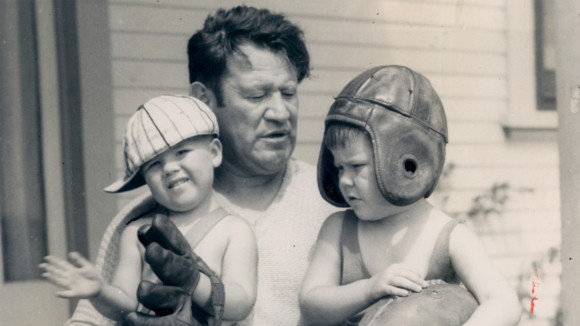